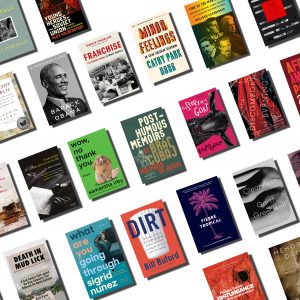 The saying goes that you should never judge a book by its cover. But in the reading world, this saying is misleading and you will be surprised by how unrealistic it is. The fact is that readers will look at the cover of the book, try to make an assessment of it thereof, and make a decision on whether to buy the book or not. As a matter of fact, some bookshops use the display method as a sales and marketing tactic.

There are some authors who do not have to be overly worried about the cover. This is because they are already famous, and they have already accumulated a large fan base. Authors such as Daniel Steele, Sydney Sheldon, and Ken Follet do not have to introduce themselves to the readers, and any title they release will be deemed as good as the previous ones.

But majority of the authors and writers have to fight for their space in readership. Therefore, they have to ensure that they get the issue of the cover right, otherwise, they are not going to have a solid readership in their writing career. They have to work very hard in order to achieve optimal results.

This article will guide you on why and how books sometimes get new covers.

Why Books sometimes get New Covers

Publishers can have a lot of autonomy and they may get it all wrong. Some publishers are given a lot of powers at the expense of the authors. In some cases, authors are surprised when they find that a certain cover page was allowed to see the light of the day. The fact is that some of the authors take the cover page as a brand, and they would not want their brand diluted.

When the publisher compromises the quality of the cover, then, the author starts the long journey of having the cover revised. The author may desire to revise the cover in order to initiate re-imagination of the book in a positive way. In the end, the author gains the much-needed legitimacy. Sadly, there are same cases where it is very difficult to change the cover of the book.

The cover may be revised in order to be in alignment of the story. The marketing department in publishing houses cares more to learn that the book is going to sell. Individual authors may not care much about sales, but rather, they would want to know if the cover of the book has the right representation of the book.

Authors may desire to have a forget me not experience with their readers. If they are to have a memorable interaction with their readers, then they need to have an effective cover. For instance, To Kill a Mockingbird is one of the most well-read books in the US, but this is due to its major thematic concern (racism). But other thematic characteristics do matter too. For example, the cover shows a mockingbird which is a show of innocence.

Technology brings about the much needed change, and new solutions are injected into the market. For example, in the begging, musicians would compose songs which were supposed to be listened to, but later, with technology, fans started watching songs. Today, a lot of authors realize that technology brings about change. One is supposed to respond to change or one is wiped away.

If an author decides to change the title of the book, most of the times, one will be required to change the cover of the book too. This happens if the first title misrepresented the book such as Michigan Fabrication, or there is any other reason for improvement.

There are a few cases where a book could have the same title, but different covers. One of such books is Harry Potter and the Philosopher Stone. The book is aimed at the children and the adults, and each demographic carries its own cover. In such a case, then, Having different covers is justifiable.

Similarly, a book may be published in the US and Canada in a certain cover, and have a different cover when it is targeted at other regions of the world. This is about cross-cultural communication and cultural sensitivity. Some communities in the world are highly conservative, the Africans and the Asians for instance, and they may mind about certain visual representation, and in some cases, they may reject it in entirety.

At the same time, the author may feel that the cover of the book is controversial. The following situations may warrant an appeal to have the cover revised:

-It is a well-known fact that sex sells. But some authors have a very strong moral stand concerning what they think is right and wrong, and they do not want to be associated with some topics such as illicit sex or promiscuity. It is true that the US is a liberal society, but some Americans do not want to be associated with some behavior and topics, and the best thing is to have their preferences respected. When a cover is deemed controversial, or portrays an explicit message which is misleading, the author may seek a modification of the same.

-There is a general agreement that Vampire Chronicles’ book Prince Lestat sells very well. But a significant number of readers have complained that the cover is misleading. The author, Ann Rice, responded stating that she does not have any control over the cover that the publishers choose. This is one case of a book being misleading and the author admits that she does not have much say over what the publishers decide to do.

-Politics is a highly polarized topic. In the US, politics is perceived to be divided into two major party lines: The Republicans vs the Democrats. Being an independent is not fad in the US. Thus, when a cover seems to lean on one side of the political divide, it alienates the other political group.

When a book becomes very popular, other writers may think about writing on the same topic, or similar topics. What this means is that competition is going to grow with time, and you will need to set yourself apart, otherwise, other books are going to be given a preference at the expense of your book.

Jessica Bell, the author of String Bridge, changed the title twice. In the first instance, the publisher of her book closed shop, and she had to look for marketing opportunities all by herself. In the second instance, her book was not grabbling the attention of the readers, and she had to think about a better look which would be commercially viable. She says that in each of the two instances, she had the old cover for a period of six months.

Melisa Foster, the author of Chasing Amanda started with a cover which had a dark and mysterious theme. With time, she noticed that parents were very attached to her writing, Therefore, she decided to change her cover, giving it a look which was cleaner and fresher. This effort really helped her sale to the better.

Talli Roland wrote a book, The Hating Game. However, with time, the publisher noticed that something was not right with the title, and she suggested that there is a need for a change of the title.

How A Book Changes Covers

-Ask a professional who has been dealing with books on what they think about the cover of your book (it is advisable that you seek an external professional and not your publisher). Such professionals have accumulated vast experience in publishing and they will be able to help you in the best way that they can.

-Ask your friend about what they think about your book cover. Genuine friends are very honest people. They tell you the truth about you whether you like it or not. There is nothing personal; they want you to make an improvement of your work. Your friends want you to push your limits and get better.

-You need to keep in touch with your genuine readers and ask them what they think about the cover of your book. Remember that they interact with your writing, and they are best placed to give you an opinion. Remember that this is more or less of a survey or a research, and you have to ensure that there is sufficient sampling, and that the research is representative.

When it comes to a hard cover, the process of changing the cover is unfortunately long and takes a lot of time. Critical decisions have to be made, for example, if to first of all sell or the books in circulation, and change the cover for the new ones. Another argument is to recall all the text books and change the title of the book, and this can be an expensive undertaking.

Now that publishing has gone digital, digital authors have a very easy time in changing the cover of their book. For example, the following procedure is used when one is updating the cover in kindle:

-Start with going to the bookshelf

-Scroll down on the cover section

-Choose the book review or the kindle e-book review

-Click save and then continue (this takes you onto the pricing change.

-At this stage, just click on the publish button and there you have a new cover

If you are an author, it is important to avoid making a lot of changes from your original publishing. This is because some of the readers could feel alienated and they may not buy your books any more. Therefore, try to get the cover page write from the word go. The following steps can be of great help in helping you get the cover right:

-Accept your mistakes, and learn from them

It is very important that the cover of a book is chosen wisely bearing in mind the implications that it is going to have in both the short and the long run. Rather than being in a hurry on this stage, it is important that you consider taking your time. In some cases, once you choose the cover, you may not easily change it. Overall, a cover plays a critical role when it comes to connecting with the reader.